Wife of a Labourer Wins The Election: Chandana Bauri in Saltora 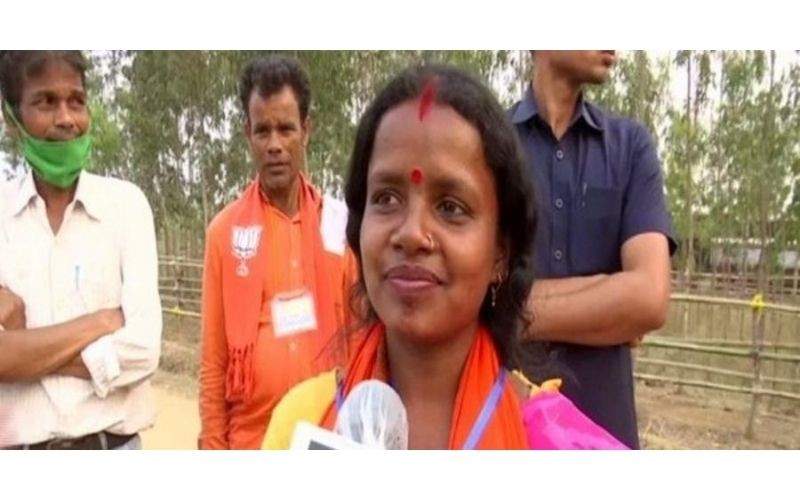 Politics is part of our lives. Even those who used to say, they are far from politics, now they have interest too. The more they are learning about the realities, they start following the ideologies of particular political parties.

Being neutral, we can say that no party is perfect. Like a coin, every party has two sides. Bad and good. But the decision must be taken by checking the circumstances of that particular area. On 2nd May 2021, the election results were drawn out. And the TMC party got the victory.

Who is Chandana Bauri?

There is an assembly, named Saltora in West Bengal. Under that assembly, from a poor but decent family, Chandana Bauri belongs. She has nothing special in her life. Waking up in the morning to helping everybody out in her family, her day ends.

We have known detail about her and her family from the documents of the election commission. Her husband is a wage laborer with Rs. 31,000 net worth. She has quite some revenue too. She has three children. Indeed she is a great mother. Because not only her children but she takes care of her domestic animals. She assumes her locality as her children too.

Such an incredible person is worth winning the election. If we try to give her a political introduction then it will be, a woman, ground to the earth, feeling the pain of everybody likes herself, willing to bring a change in society.

Chandana’s opponent was TMC Candidate Santosh Kumar Mondol. The rivalry between TMC the ruling party and the BJP, the strongest opposition party in West Bengal, is famous all over the world. As the result tells us the great defeat of BJP, but they have successfully grabbed seats.

Undoubtedly, among all those 77 seats of BJP, Chandana has secured one for herself. She defeated TMC candidate Santosh Kumar Mandol by the margin of 4,000 votes.

What was Her Opinion after Having a Great Winning?

When there is so much rush about the election, and BJP was having fewer numbers, undoubtedly everyone got demotivated. But as we know, circumstances are not similar in every place. So comparing one area with others will be wrong.

And win of Chandana proves the statement. After knowing the final results, she became stunned. She said that during March when she was selected as a candidate, she didn’t expect that. The BJP leaders had trust in her. And she successfully stands up on that. She also said, without encouragement from her family members and party workers, she couldn’t do anything.

As we all know though Chandana Bauri has won from BJP most of the seats were there for TMC. So, Mamata Banerjee is again becoming the chief minister.

Both of them are ladies. One has fought throughout her life and one has struggled a lot to make her name shine. Win and defeat are part of every game. The election is not an exception. But the message ‘Women are progressing more and more can be seen very clearly. We expect people especially women of India will get inspired by them.

Check Out an Ireland Dating Site to Meet Ireland Women